Most casinos in the Asia-Pacific region reported losses in the last couple of months due to the pandemic. Also, many casinos had to close temporarily or limit their access to prevent the spread of the virus. 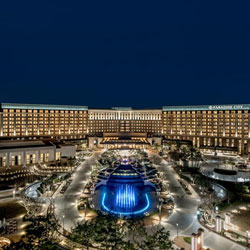 Paradise City casino is a foreign-only casino near the Incheon Airport. Its casino revenue is KRW30 billion during the first quarter of the year. According to online casinos sources, it was down 60 percent from the previous year. However, it was up 51.4 percent of the prior quarter. Paradise Co co-owns the casino with Japanese Sega Sammy Holdings through the Paradise Segasammy Co. partnership.

According to an online casino forum, Paradise Co’s 1st quarter earnings before interest, taxation, depreciation, and amortization were KRW13 billion, which increased from 76 percent compared to KRW7.3 billion from the fourth quarter of 2020. It decreased by 59 percent year over year.