After accessing a server, they used BitLocker to deny access to the servers instead of employing ransomware in their attacks. BitLocker is an encryption tool built within the Windows operating system. 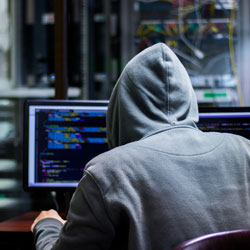 According to betting odds experts, hackers asked for $100 million in Bitcoin from gambling firms to unlock their servers. However, gambling providers didn’t pay any ransom. Security teams were able to minimize the threat. Thus, companies restored their data through backup files.

Based on a sports forum post, Winnti was the first hacking group that combined commercial and political activities in 2014. However, security experts can’t determine if authorities protected the group or overlooked their activities.

North Korea is known for its for-profit cyber-attacks. Also, it tried to steal Bitcoin from South Korean cryptocurrency exchanges. There were rumors that they were behind the $1 billion heist from the Bangladesh government. However, they only managed to steal around $81 million.

Although China’s economy is better than North Korea’s, China’s state-sponsored hackers use the same strategies and tools for their ransomware attacks. Thus, it is easy to follow their digital footprints.

There’s a possibility that the ransomware is a diversion. The hackers’ main mission is to disrupt the online gambling operations that target mainland gamblers. In 2020, China increased its fight against cross-border gambling.