Dijon is in the 17th spot in Ligue 1. Goal difference is the only thing that’s keeping the team out of the relegation zone. That’s why the Dijon vs Toulouse match is an important one for the team. However, its recent performances were poor.

In the last five games, they had no wins. Three of those five matches resulted in a draw. However, it lost against PSG last weekend, 4-0. On the other hand, it is favorite to win against Toulouse, which is the bottom-dweller of Ligue 1. 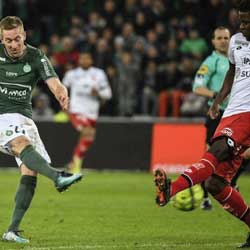 At home, Dijon is playing well. Despite its current standing in the league, it remains undefeated at home. Its last home game was a tie with Monaco, 1-1. On the other hand, Toulouse remained at the losing end most of the time. Based on football betting reports, it earned one point in the last ten games. Also, the team is 14 points away from getting out of the relegation zone.

Toulouse lost 20 out of their 27 games. It is a safe soccer betting prediction that the team will be playing in Ligue 2 next season.

According to a sports forum, Dijon won in the last match between the two squads. Also, it won the previous three games against Toulouse at home. Six out of the nine previous matches ended under 2.5 goals.

Out of all the Ligue 1 matches this weekend, the Dijon vs Toulouse match has the most predictable result. Dijon needs to keep on winning to stay out of the relegation zone. A defeat against Toulouse will be a nightmare scenario for the team.

Dijon needs a win, and Toulouse has a poor record this season. There’s no way Toulouse can win in this fixture.

Bet on Ligue 1 matches with VOBET, the best sportsbook in the world.