Los Angeles threw a curveball by naming Corey Knebel the starting pitcher for the Dodgers vs Giants Game 5 of the National League Division Series. Knebel will replace Julio Urias, who allowed a single run in three hits in five frames to win Game 2.

Knebel struck out two batters in a relief effort to help the Dodgers secured a 9-2-win last Saturday. According to MLB and KBO baseball betting reports, Urias accepted whatever the team wanted him to do in Game 5. 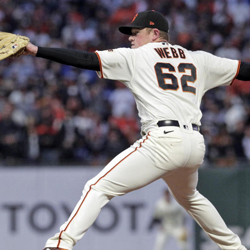 The Los Angeles Dodgers and San Francisco traded wins to set up the crucial matchup on Thursday. The winner will qualify for the National League Championship Series against Atlanta. On the other hand, the loser will go home with the experience of being in one of the best series in MLB history.

According to baseball betting sources, Logan Webb will start for the Giants. Webb struck out ten and allowed five hits to help San Francisco win Game 1. His record is 11-3, with an ERA of 3.03 in 27 games this year.

People who bet on baseball observed that the Giants won the close games, and the Dodgers got the lopsided wins. They are coming from a rest day after they face each other for the must-win match.

Dodgers manager Dave Roberts said that Game 5 is what baseball fans want. Also, the game will be the only major sporting event for the day. Thus, many sports fans will be watching the game.

The Giants have the most balanced roster in the league. Webb will help San Francisco advance to meet Atlanta at the NLCS.