Ex-Chelsea FC Women star Ji So-yun signed with a local South Korean team for the first time in her career. Suwon FC Women announced the acquisition of Ji. However, both parties didn’t disclose the value of the deal.

Ji ended her eight-year stint with Chelsea earlier in May. She didn’t renew her contract for a chance to play for a South Korean team for the first time in her pro soccer career. According to Korean sports betting reports, the soccer legend made her pro debut in Japan for INAC Kobe Leonessa in 2011. In 2014, she transferred to Chelsea and had been with the team since then. 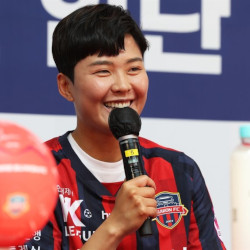 Ji scored 68 goals in 210 appearances in all competitions for Chelsea. She is third in the club’s history in both matches and goals.

She will currently finish off her pro career in South Korea. Also, Ji hopes to make a positive imprint on ladies’ football in the country. Ji is likewise South Korea’s record-breaking scorer, male or female, with 64 goals.

If you want to bet on soccer, make sure you read experts’ soccer and baseball betting strategies. They can help improve your win rate in the long run.

2022-05-26
Previous Post: US Accuses Casino Tycoon Wynn of Being a Chinese Agent
Next Post: How to Bet on the NHL Puck Line