Heo Koo-youn Was Nominated as Next KBO Commissioner

Heo Koo-youn was nominated to serve as the next Korea Baseball Organization commissioner. The KBO announced that its board of directors selected the MBC commentator for the position. Owners of the ten teams make up the board.

According to sports betting reports, Heo needs to get approval from three-quarters of the general assembly members. The KBO commissioner position has been vacant since Chung Ji-taik resigned in February. It was a year into his three-year term.

Heo Koo-youn was Nominated as Commissioner 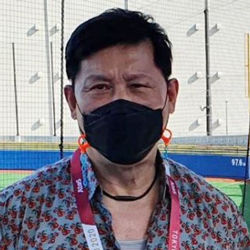 The new KBO commission will serve the remaining tenure of Chung that will end in 2023. If Heo becomes the next baseball commissioner, he will be the first former player to become the KBO commissioner since the league’s launch in 1982.

According to baseball and basketball betting experts, Heo began his baseball career as a player in semi-professional teams during the 1970s. Also, he served as the manager of now-defunct Cheongbo Pintos in the Korea Baseball Organization in 1985.

As per the baseball and basketball forum, Heo is currently a baseball analyst for national broadcaster MBC. In addition, he was part of the Lotte Giants of the KBO and the Toronto Blue Jays of Major League Baseball.

2022-03-11
Previous Post: A Guide to the Point Spread Formula
Next Post: Korean Air Jumbos Stay on Top of V League