According to gambling and sports news sites, November was the most profitable month in US sports betting history. Again, Illinois stood out due to its growth. Also, the sports wagering industry grew despite the in-person registration requirement and the ban on in-state college sports. 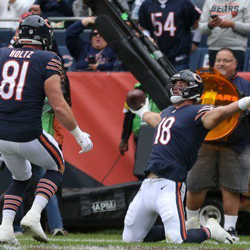 Illinois is one of the young US sports betting markets. As a result, sports betting companies continue to expand their reach in the state. Also, players are more than willing to try unconventional sports wagering options, such as in-game betting.

November had four weekends. Also, it saw three Chicago Bears games. However, the Bears were struggling during the month. As a result, NFL betting dropped from $330 million in October to $257 million in November.

On the other hand, betting on the Chicago Bulls fueled basketball betting to $226 million in November from $93 million in October. In November, other sports that brought significant sports betting action were tennis, soccer, and hockey. Also, they were reports that there are more people who play online slots during the month.