The Japanese government declared that the Promotion of Development of Specified Complex Tourist Facilities Areas would be effective on July 19. The Japanese casino law was first introduced in 2018. Also, it contained the basic rules and regulations of casino gambling in Japan.

The law focused on the requirements for integrated resorts and their operational aspects. It makes casinos legal in the country. However, Japan hasn’t issued any licenses to operators. Thus, people can’t play online slot machines and other casino games in the country yet. 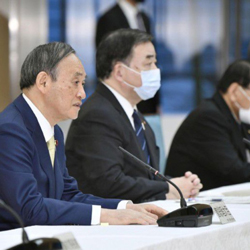 According to live dealer casino experts, Osaka, Wakayama, Nagasaki, and Yokohama want to get IR licenses. However, the deadline for the bids is approaching. Experts expect the government to receive less than three bids between October 2021 and April 2022.

Among the four prefectures, Yokohama is the least likely to receive a license. That is because the public doesn’t want an integrated resort in their city. However, the winner of the Mayoral Election in August will determine the final decision of the city. On the downside, the city will have a short period to prepare for the bid.

According to online casinos operators, Wakayama has been developing its integrated resort plan. It partnered with Clairvest for the IR venture. Last month, Suncity Group withdrew from the pre-bidding process. Thus, Clairvest became Wakayama’s only partner in the integrated casino plan.

Also, Wakayama plans to have an esports center in its integrated resort. Thus, Wakayama can be the home of various esports organizations.