Defenders don’t usually make the headlines even when performing well on the field. However, star defenders like Kim Min-jae of Napoli don’t have that issue. He is now in the spotlight after being named one of the best center-backs on the planet.

According to sports news reports, soccer magazine FourFourTwo named Kim in its top ten center backs list. He rounded up the list to the tenth spot. The article mentioned Kim signed from Fenerbahce as a replacement for Kalidou Koulibaly, who was heading to Chelsea. Kim was consistent with his performance to help Napoli be on top of the Serie A and Champions League.

Sports betting experts learned that his contract with Napoli will last until 2025. Also, the team has the option to extend the deal for two more years. The team paid Fenerbahce $20 million to release Kim from his contract. Currently, his Napoli contract has a 45-million-euro release clause.

Kim Min-jae One of the Top 10 Center-Backs 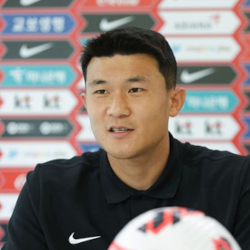 Kim Min-jae has been playing 90 minutes in 14 out of 15 games for Napoli this season. Also, the squad conceded 13 goals during those games. In addition, Kim scored two goals in Serie A.

According to betting odds, Napoli is one of the Serie A contenders. Currently, it remains undefeated this year. Real Madrid, Paris St-Germain, and Napoli are the remaining unbeaten teams in the top five leagues in Europe.

Napoli has nine wins and two draws in the Italian Serie A. Both draws came early in the season. In addition, the team has a significant goal difference after scoring 26 goals in eleven games. Also, they conceded nine goals for a goal difference of seventeen.

Kim helped Napoli qualify for the knockout stage of the Champions League with two more games left. Although the team has nothing left to achieve within the group stage, it can prevent Liverpool from taking the number one spot in the group.