World ranked number 2 Ko Jin-young earns first LPGA win in 2021 after topping the Volunteers of America Classic. She stayed ahead of Finland’s Matilda Castren by a single stroke. Also, Ko had a 69 in the final round with two bogeys and four birdies. She ended up with 16 under 268 for the tournament.

According to online sports betting reports, it is Ko’s first win in 11 starts in 2021. Also, it was her eighth victory in her career. Ko won at least once in every LPGA season since 2017. She is the third South Korean to earn a victory on the LPGA Tour this year.

The other South Koreans who won on the LPGA are Kim Hyo-joo and Park In-bee. Ko, Kim and Park will represent South Korea in the Summer Olympics, along with Kim Sei-young. Also, Ko’s two-year reign as the top golfer ended last week when Nelly Korda won the KPMG Women’s PGA Championship. It was her first career major victory and her third one in 2021. 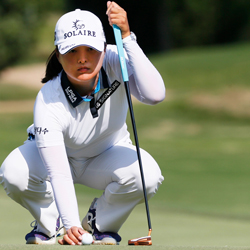 South Koreans have a major golfing tournament drought in 2021. They haven’t won one yet. Also, the country hasn’t produced a winner in seven straight tournaments before Ko’s win. It was the longest period in a season since 2014.

According to Korean sportsbook reports, the winless stretch dampened the country’s hopes of winning an Olympic medal in golf. However, Ko’s victory sparked some hope of Olympic gold.

People who bet on basketball and golf are happy for Ko’s first win this year. Ko said she had many opportunities for birdies. However, she failed to deliver. It was fortunate that she still won the tournament.

The final round started with Ko having a single stroke lead over Castren and German Esther Henseleit. Lee Jeong-eun of South Korea was behind them at ten under par.