Ko scored 69 with no bogeys in the last round. Also, she finished the day with a birdie at the last hole. According to online sports wagering reports, organizers shortened the tournament from 72 holes to 54 holes due to heavy rains.

According to Korea sports news sources, it was Ko’s second win of the year. Her first win was at the Volunteers of America Classic. Also, it was the ninth LPGA event win. Ko is one of three South Koreans who won an LPGA title this year. The other two Korean golfers are Kim Hyo-joo and Park In-bee. In addition, there are seven LPGA tournaments left in the year. 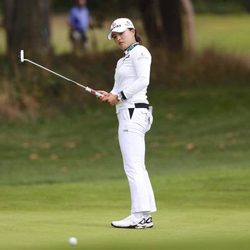 After the first two rounds, Ko had a one-stroke advantage over Gemma Dryburgh. However, Dryburgh committed several bogeys on the first nine holes that led her out of contention. On the other hand, Ko held steady. According to a golf forum, she got her first birdie on the seventh hole.

Also, Ko got a birdie in the 11th hole to be ten-under-par for the tournament. At that time, no one was able to take the lead from her. She shot a long birdie on the last hole to maintain her four-shot lead.

The Cambia Portland Classic is Ko’s first tournament after the Tokyo Olympics. She finished in ninth place during the Summer Games. Thus, she took a break from golf to spend time with family and friends in South Korea. Ko said that she’s playing well right now.