Korea is one of the countries that want to host the 2023 AFC Asian Cup. Also, three other countries showed their interest in becoming the house. They are Indonesia, Qatar, and Australia. Therefore, the Korea Football Association inquired with stadiums and cities interested in hosting matches for the tournament.

China was the original host of the Asian Cup. However, it withdrew as host in June due to the spread of COVID in the country. Thus, the AFC asked nations to submit their applications for hosting duties.

According to people who bet on basketball and soccer, the AFC Asian Cup will take place from June 16 to July 16, 2023. However, the schedule can change depending on which country will win the bid. 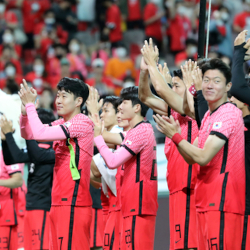 Australia wants to host the Asian Cup. It previously hosted the tournament in 2015. Thus, the country already has the infrastructure required for the match. However, according to a sports forum, the AFC needs to reschedule the games because Australia is already the host of the 2023 Australia-New Zealand Women’s World Cup.

According to casino websites, Qatar also has the infrastructure to host the Asian Cup. It is the host of the FIFA World Cup that will take place in December 2022. Also, its stadiums are capable of hosting international events.

AFC must reschedule the games to winter if Qatar becomes the new host. That is because temperatures are more bearable during that time. However, it could disrupt the European league seasons.

Indonesia also has the infrastructure to host the tournament. However, it is also the host of the FIFA U-20 World Cup, which will take place from May 20 to June 11, 2023. Thus, it suffers the double-booking problem that Australia is also facing.

If Korea gets the hosting rights, there’s no need to reschedule the tournament due to the weather. Also, it has the infrastructure required for the games.