Real Madrid is playing well after the restart. Thus, the team won the La Liga championship with ease. It finished with 87 points, which was five points more than the second placer FC Barcelona. Although they were in excellent form, the team conceded two away goals. Also, they are playing away from home for the second leg, according to sports news reports. 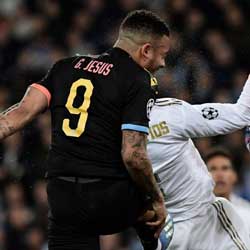 Manchester City has the momentum heading to the second leg of their Round of 16 matchup. According to a sports forum, the team finished the season in the Premier League by winning their last five games.

The team wants to capitalize on the lead and qualify for the quarterfinals of the Champions League. They won the first leg by controlling most of the possession. Also, they had the most scoring chances in the game, according to sports betting reports.

To make it more difficult for Real Madrid, Sergio Ramos will not be available for the second leg because he got a red card in the first leg. The team will depend on Eder Militao to stop Manchester City’s offense. However, the last time it happened, Real Madrid lost to PSG, 3-0. During that fixture, PSG was without Kylian Mbappe and Neymar.

It will be a high scoring fixture as Real Madrid needs to score at least two goals for a chance to qualify for the next round. However, Manchester City not scoring a goal at home is next to impossible.