The Max Rohskopf vs Austin Hubbard is an exciting match. It is the UFC debut for Max Rohskopf. However, he has a 5-0 MMA record before joining the Ultimate Fighting Championship.

He faces Austin Hubbard of the Elevation Fight Team, with a record of 11-4. Let’s look at the sports betting odds for the match and analyze the advantages and disadvantages of both fighters. 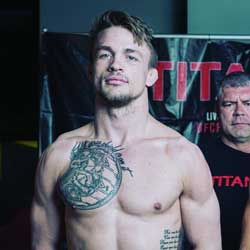 According to online sports betting sites, Rohskopf is a former wrestler from the NC State. He wrestled at 165 pounds. At 6’1”, he is massive at lightweight. Also, he trains with Robert Drysdale, who is a Brazilian Jiu-Jitsu champion.

Although Rohskopf has the potential to have an excellent performance during his UFC debut, bookmakers didn’t have him as the 3 to 1 sports betting odds favorite going into the match. According to sports betting pick experts, debut fighters more likely to lose than win.

On the other hand, Hubbard found two elite grapplers in his last three matches. However, he is 1-2 when the match went on the ground. He took down Mark Madsen from Denmark and Davi Ramos from Brazil for a total of 11 times during the two fights. The latter is an ADCC grappling champion, while the former is a Greco wrestling Olympian.

Between the two, Rohskphf has better physical attributes. Also, his skills are around the middle of the Madsen and Ramos. His submissions are not at par with Ramos, and his grappling isn’t as impressive as that of Madsen. However, his build and athletic ability are way above the two and his opponent, Hubbard.

Watch Rohskopf win the UFC Lightweight match against Hubbard on Saturday. Although it is his debut, he will outclass his opponent to continue his undefeated streak.