Tottenham Hotspur star Son Heung-min looks for his first goal of the season as the Premier League nears its first international break. Son will serve as Korea’s captain during that period.

Son was the Premier League Golden Boot winner last season. However, it seems like he lost his ability to score during the start of the current season. Son remained scoreless in eight matches across all competitions. If he fails to score against Leicester City on Sunday, Son will have to wait until October to break his scoreless streak.

Football betting analysts can’t determine the cause of Son’s scoreless skid. However, according to statistics, Son scores 0.3 goals every 90 minutes. Thus, he is expected to score a goal if he manages to get some shots on goal in the next couple of matches.

Son Heung-min Looks for His First Goal of the Season 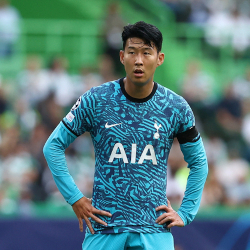 According to football betting Korea sources, Son has seventeen shots this season. It is the most of any player in the Premier League without scoring a goal. However, the Korean captain could score a goal if he keeps attempting to score each game.

The issue is that Son is not getting the room he likes to operate in. Antonio Conte’s plan is for a more aggressive attacking squad. Thus, Son shares the scoring duties with Harry Kane, Dejan Kulusevski, and Richarlison. As a result, their opponents are playing deep into their defense. As a result, Son doesn’t have enough room for fast breakaways and sprints that often lead to a scoring opportunity.

Son has been taking fewer risks in recent games and looking shaky when attacking the goal. He needs to overcome his mental block, or he’ll start on the bench.

In other soccer news, FIFA announced the cities to host the next World Cup. The 2026 FIFA World Cup host cities are the US, Mexico, and Canada.