Son Yeon-jae donates cash gifts from her recent wedding with her non-celebrity husband. The recipient of their donation is the Severance Children’s Hospital. Also, her agency said that Son decided to use the cash gifts more meaningfully. Thus, 50 million won will go towards at-home care for babies with critical conditions.

The retired Olympian gymnast announced her plans to get married in May. According to Korean sports news reports, her husband is nine years older than her. Also, Korea has a culture of giving cash as wedding presents to congratulate the newlyweds. 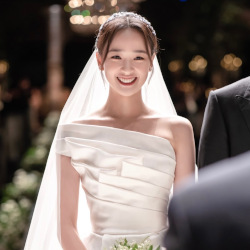 The former Olympian gymnast had a private wedding ceremony at her home in Seoul last Sunday. According to Korean sportsbook sources, the couple invited only their close family and friends to their wedding.

Son debuted as a gymnast in 2010 when she won the bronze medal during the Asian Games in Guangzhou. Also, she finished fifth in the all-around women’s individual event at the 2012 Summer Olympics in London. It was during that time that she gained recognition from fans across the globe.

At the 2014 Asian Games in Incheon, Son became the first Korean gymnast to win gold in the women’s individual all-around event. However, the 2016 Summer Olympics in Rio was her last international competition. She finished in fourth place in the all-around event. Also, it was the best finish for an Asian gymnast in the Olympic Games.

In 2017, Son retired from competitions. Sports betting pick experts didn’t expect her retirement. Two years later, she started an academy for young gymnasts. She currently manages the academy and is one of the instructors there.