A male teammate accused Lim, a 2018 Olympic gold medalist, of pulling down his pants. Thus, he exposed a body part to people at the national training center. A district court found Lim guilty and fined him KRW3 million. 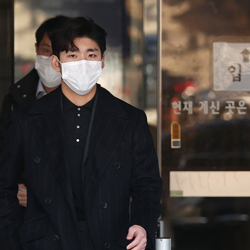 In 2020, Lim applied for Chinese citizenship to complete in the 2022 Beijing Winter Olympics. During that time, he served a suspension from the Korea Skating Union as a disciplinary measure after the sexual harassment allegations.

Aside from his 2018 gold medal, Lim also earned the bronze medal in 2018. He already apologized for the supposed sexual harassment act. His sexual harassment case was only one of the several scandals faced by the KSU.

According to Seupocheuchat.com sources, the most severe case involved Cho Jae-beom, a former national team coach. He was convicted of sexually assaulting Shim Suk-hee. He is facing an 18-month sentence after Shim publicly accused the coach of physical abuse and sexual molestation.

Another case involved two short-track speed skaters who violated dormitory rules in 2019. The KSU expelled Kim Ye-jin and Kim Gun-woo from the National Training Center. According to online sports wagering reports, Kim Gun-woo entered the women’s dormitory. Also, it was Kim Ye-jin who let him inside the premises.