FC Seoul Hwang Hyun-soo has been diagnosed with COVID-19. The team disclosed the health report to the public on Monday.

FC Seoul coaches and players tested negative for COVID-19. They took the test Sunday. Despite the test results, the team will self-isolate. Also, the team noted that Hwang received medical treatment according to the authorities’ quarantine regulations. 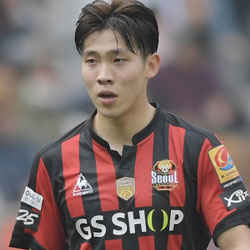 Hwang’s infection resulted in the cancellation of multiple K League 1 games. The FC Seoul defender played against Seongnam FC last Friday. He subbed with 20 minutes remaining in the game.

Thus, all Seongnam FC players, referees, and other people exposed to Hwang had to take coronavirus tests. According to a soccer betting prediction site, the league will postpone FC Seoul’s games for at least two weeks if a player, coach, or staff contracted the virus.

However, the team can still play their games if they have at least 17 healthy players, including a goalkeeper. The league will decide on whether to reschedule the games after the release of the test results. Also, they are waiting for the epidemiologic studies.

It is the first time the K League 1 canceled games due to coronavirus infection. Last October, a K League 2 player suffered from the virus that resulted in several games’ postponements. Last April, a Daegu FC player tested positive for the virus. However, his case didn’t disrupt the league’s schedule because he wasn’t part of the active roster during that time. According to people who bet on Jeonnam Dragons, the player was on the reserve list because he was undertaking rehab treatments for an injury.