March revenues at the foreigner-only casinos soared 1,074 percent month over month in March. According to online casinos reports, Grand Korea Leisure re-openings contributed to the numbers.

However, the March revenues were down 49 percent year over year. Grand Korea Leisure casinos were closed from November 24 to March 15. It came after South Korean Central Disaster and Safety Countermeasures decided to implement stricter social-distancing protocols in Seoul.

The Busan Lotte Casino reopened on February 15 after a short closure period due to the pandemic. In March 2020, Grand Korea Leisure earned KRW11.68 billion. However, that was before the nation suffered from the full effects of the pandemic. 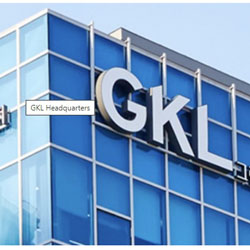 Slot machines earned KRW1 billion in the first quarter. It was a decline of 90 percent from the previous year. When casinos closed, people bet on football and played casino games online.

The Korea Tourism Organization subsidizes Grand Korea Leisure. The organization is part of the country’s Ministry of Culture, Sports, and Tourism. The company operates the Gangbuk Hilton casino in Seoul, Seven Luck Casino in Gangnam COEX in Seoul, and Busan Lotte Casino in Busan.

Grand Korea Leisure is hoping that casino revenues will increase in the next quarter as the country continues to control the spread of the pandemic and casinos remain open.