After the first week of the regular season play, the KBO preseason favorites took the lead in the standings. Most baseball betting fans expect LG Twins and NC Dinos to battle for the KBO title this year.

LG Twins is on top with a 5-2 standing in the team’s first seven matches of the season. On the other hand, reigning champs NC Dinos are second place with two different teams with a 4-3 record. They swept the Tigers in their three-game series over the weekend.

Andrew Suarez won his first two starts without conceding a single run for the Twins. According to sports news coverage, he struck out eighteen players and walked two in 14 innings. He also gave up four hits. 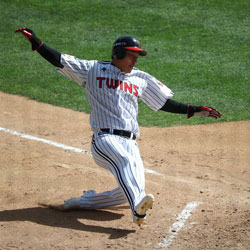 Suarez held SSG Landers to one hit in more than eight innings. He struck out nine opponents for two straight starts. Also, he is the second pitcher in the Korea Baseball Organization to strike out nine batters in his first two KBO starts.

According to baseball and basketball betting experts, no one can hit against Suarez during spring training. Many teams tried to sign the former major league pitcher. However, the Twins managed to secure his services this year. Many managers and analysts wonder why a world-class pitcher is playing in the Korea Baseball Organization and not in the MLB.

On the other hand, NC Dinos are leading the league in home runs and runs. Also, they have the highest on-base plus slugging percentage at .881. In the three-game series against the Tigers, they had 26 runs. Also, Aaron Altherr was seven out of eleven with two-homer, six RBIs, and two doubles.

Altherr had a bad start last year as team manager Lee Dong-wook struggled in finding the proper position for the slugger in the team’s batting order. It took the manager seven games before deciding to place him in the eighth spot.