South Korean Lee Jeong-eun will defend title at the oldest LPGA major. Although she hasn’t won any event this year, many sports directory sources think that she has the chance to win the 75th US Women’s Open.

The tournament will be from December 10 to 13 in Houston, Texas. Lee wants to become the eighth golfer to win back-to-back championships. Also, it is the second-to-last event of the 2020 LPGA season. The LPGA initially scheduled the Women’s Open for May 30 to June 2.

Lee won the 2019 US Women’s Open in South Carolina. It was her first LPGA win. Also, it led to her winning the LPGA Rookie of the Year award. However, she hasn’t won in the LPGA since. She played in two LPGA tournaments in February before the pandemic disrupted the schedule. 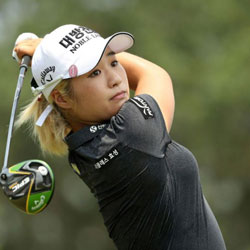 According to online sports betting reports, Lee spent most of 2020 on the Korea Ladies Professional Golf Association Tour. She got five top-ten finishes in 14 events. Lee played in two LPGA tournaments since returning to the tour in November. In the last event, she finished 16th in the Volunteers of America Classic.

The last golfer to win the US Women’s Open two years in a row is Karrie Webb in 2001. During the pretournament press conference, Lee said that she is excited and nervous about the opportunity to win back-to-back US Women’s Open.

According to sports betting pick experts, only one Korean won multiple US Women’s Open championships. Park In-bee won the title in 2008 and 2013. Other former champions from South Korea are Ji Eun-hee, Chun In-gee, Park Sung-hyun, and Ryu So-yeon.

Kim Sei-young and Park In-bee are battling for Player of the Year. Kim has a four-point lead over Park, 106-102. Players earn points for top-ten finishes. Winning a major title is 60 points. A second-place finish is worth 24 points.