The Pacers vs Bucks match on Wednesday will be the meeting of two teams that came off high-scoring wins. However, Milwaukee is more rested than Indiana going into the game. 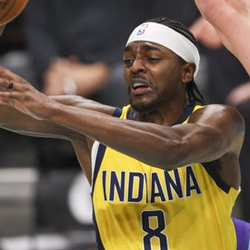 Indiana came after blowing out Memphis 134-116 last Tuesday in its home. Also, Milwaukee is coming from a rest day after it won against Portland last Monday. According to basketball betting reports, it is the first time the two teams will meet this season.

Last season, the Bucks won its season series against the Pacers 3-1. According to betting odds, the Bucks are favorites going into the game. The two teams were going to meet in the second round of last year’s playoffs. However, Miami swept the Pacers in the first round. Then, Miami upset the Bucks, which had the best record in the regular season.

Although the Pacers are going into the game with a rest day, they benefited from the blow-out game last Tuesday. Their players didn’t play more than 35 minutes during their previous game.

Although fans who bet on basketball knows that the Pacers don’t have the firepower to upset the Bucks, they can keep the score close to cover the spread.

2021-02-03
Previous Post: Ulsan Will Face Underdogs in AFC Champions League
Next Post: Michigan Online Gambling Off to a Good Start