Aside from Ulsan Hyundai FC, other Group F members include Vietnam’s Viettel and Thailand’s BG Pathum United. The fourth member of the group will be one of the playoff winners. According to sports wagering experts, teams from Vietnam and Thailand are a level or two below squads from the South Korean K League. Also, Ulsan is the reigning AFC Champions League titleholder after beating Iran’s Persepolis FC last December 2020 in Qatar.

It is Ulsan’s fifth year in a row to be part of the AFC Champions League and the team’s tenth overall. Another South Korean squad will take part in the tournament. Jeonbuk Hyundai Motors is part of Group H with Japan’s Gamba Osaka, Singapore’s Tampines Rovers, and Australia’s Sydney FC. 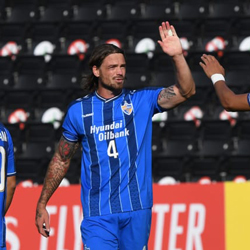 According to sports chat, two other South Korean teams will qualify for the Champions League. Daegu FC and Pohang Steelers will be part of the playoffs that will start on April 14. The 2021 AFC Champions League group stage will begin on April 21.