The Playson content distribution agreement is a move to expand its presence in the European Market. It is through a partnership with the online operator, Twin Casino. The leading game provider will supply its games portfolio to the MGA-licensed operator, increasing and diversifying its offering significantly.

Playson’s immersive slots catalog will engage players in online gambling around the globe. It includes favorites such as Norse-themed title, Vikings Fortune: Hold and Win, and Solar Queen, to name a few. As well as the Timeless Fruit Slots will soon be accessible to the operator’s player base.

How does the Playson Content Distribution Agreement help with the European Expansion?

Playson is a leading game developer that supplies cutting-edge innovative content in over 17 regulated jurisdictions. Its games portfolio is tested and certified for all major European controlled territories and is continuously expanding across the globe. 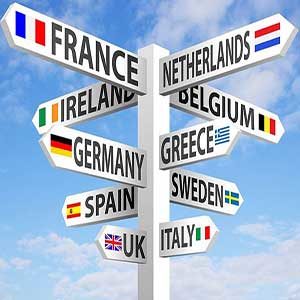 Twin Casino is somehow a new addition on the list of online casinos, which has gone line in mid-2017. Also, it is well-known for its high withdrawal limits and mobile-friendly design. It is licensed under the MGA and is likely to have an influence over the European Market. However, players from the United Kingdom are not accepted.

According to Korea Wager sources, the Playson content distribution agreement strengthens its footprint in Europe. Wherein Twin Casino has positioned to go live with Playson’s award-winning content across the continent. Sweden is among the countries where the new titles will launch.

Twin Casino’s influence in the Swedish market fits well with Playson’s ambitious expansion plans. It is according to Playson’s Sales Director, Blanka Homor. With outstanding market entries and a plethora of fresh content, they are excited about the year ahead, she added.

On the other hand, Twin Casino acknowledges Playson’s track-record in producing premium quality content. Twin Casino, therefore, is thrilled to partner with Playson. Also, there is no doubt that the supplier’s engaging slots will be a major hit with their customers.