South Korea is where taekwondo came from. Thus, people assume that the country will dominate the event at the Olympic Games. One of the South Korean hopefuls is a rising taekwondo star. According to a sports forum, Jang Jun is a favorite to earn the gold medal in the Tokyo Olympics.

South Korea earned twelve gold medals in the Olympics. However, the country hasn’t been dominant in the sport in the recent Olympics. In the 2016 Olympics, the country won two out of the eight available gold medals. Five other nations grabbed at least one gold each.

Although South Korea knows international taekwondo is fair, it wants to show that it is still a force to reckon with in the taekwondo world. Thus, it wants to win the first gold medal on the second day of the Tokyo Olympics. 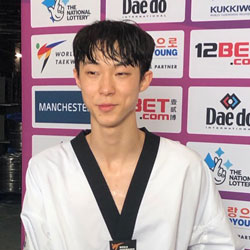 According to sports betting odds, Jang Jun is the favorite to win the men’s 58 kg event. He said that he’s nervous about competing in the Olympics for the first time. Also, he wants to have a good result.

Jang has the chance to win the first gold medal for South Korea. He said he is happy and confident that he could do so. Jang is not a newcomer to big tournaments. He won his weight class in the 2019 World Taekwondo Championship. Also, the World Taekwondo named him the Athlete of the Year the same year.

People who bet on sports expect Jang to bring home the gold medal. He was in ideal form in 2020. However, the pandemic forced organizers to postpone the Olympics. Thus, Jang failed to have the chance to earn an Olympic gold when he was in top form.

If Jang fails to win the gold medal, Lee Dae-hoon will have the chance to win South Korea’s first gold medal in the 68 kg class.