The Phoenix Suns won against the Houston Rockets in their last game before the All-Star break. They want to repeat the result in the Suns vs Thunder game on Thursday. 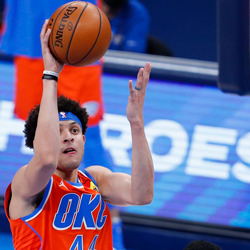 The Phoenix Suns have the most wins this season. Many people who bet on basketball attribute the success to the team’s acquisition of Chris Paul in the off-season. However, the team needs to learn to win without the star after the All-Star break.

Paul will be out six to eight weeks after injuring his thumb against the Rockets. Coach Monty Williams said that they prepared for it. Also, he would use the opportunity to strengthen the team. It would give other players confidence in specific areas. Thus, the team will be better once Paul comes back.

Paul missed four games since coming to Phoenix, according to basketball betting Korea experts. The four games came from last season, including two playoff games. Also, the star point guard was mad after he felt the pain in his hand. However, he would not rush his return. The second he gets the doctor’s approval, he will be back in court.

The Suns sit on top of the NBA Western Conference with six and a half games ahead of Golden State Warriors. On the other hand, OKC went into the All-Star break losing six of their last seven games.

The Thunders hope to have Shai Gilgeous-Alexander back in the lineup after injuring his ankle last January 28.

Our basketball betting pick will be on the Oklahoma City Thunders. Not having Chris Paul while playing on the road could hurt the Suns.

Bet on NBA games with VOBET, the best sportsbook in the world!