Tottenham Hotspur Will Play in Korea in July

Tottenham Hotspur will play in Korea in July. According to Korea sports news sources, they will play two exhibition games. However, the opponents and dates are still unknown. Coupang Play and Pitch International will host the event.

In July, Tottenham’s South Korean trip will be the team’s first to visit the country. Also, the team is home to both Son Heung-min and Cho So-hyun. Son Heung-min is the team captain of the national team. On the other hand, Cho So-hyun is the country’s top goal scorer. The Hotspur has been in Asia several times in recent years. They visited Malaysia in 2015. Also, they were in China and Singapore in 2019.

Playing in Korea will be huge business for Spurs. According to an online iGaming platform, Tottenham had approximately 11 million fans in Korea. Thus, it is the most famous Premier League group by a long shot with 21.4 percent of the adult population. Manchester United came in second place with 6.1 percent.

Tottenham Hotspur Will Play in Korea 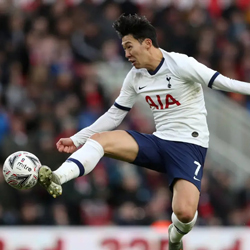 The Spurs will likewise bring its Global Football Development initiative to Korea. In addition, the team will hold training camps for youth players.

The club’s ambassadors and players will likewise make the rounds in the urban communities they will visit. They would meet fans, support good causes, and immerse in the local culture. However, the plans are subject to COVID-19 regulations.

Coupang proposed a game against RCD Mallorca, instead of a local team, per online sports betting sources. If that game pushes through, Son would be facing Lee Kang-in.