By: Byung-hun
In: Sports News
Tagged: NCAA
With: 0 Comments

California passed SB 206 that makes it illegal for colleges to not allow students from receiving income for the use of their names, images, and likenesses. After California passed the law, seventeen other states are planning or introduced similar bills. Also, related legislation was submitted in the US Congress.

The body of the said bills goes against the NCAA system that doesn’t allow student-athletes to accept money. However, non-athlete students can earn money on the side while studying. During the off-season, student-athletes can’t do any activity with payment, such as product endorsements or a youth sports camp.

These economic opportunities are reasonable if the college doesn’t arrange them or use them for recruiting purposes. Also, athletes need to disclose the contracts, and their income doesn’t go above marketplace value. 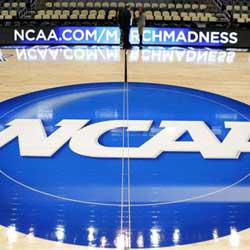 The NCAA told sports news outlets that the organization would collapse when it doesn’t have control over the use of an athlete’s name, image, and likeness. However, the NCAA’s cries fell onto deaf ears.

Many sports chat users call for the revamp of NCAA’s rules. They said laws are too archaic and don’t reflect the current situation of the sporting world. Some schools fear that they will lose corporate sponsors because brands will pay athletes directly instead of school.

However, casino forum users pointed out that giving athletes the right to earn outside institutions will be beneficial to all parties. Also, the economic system of college sports is already broken due to uncontrolled spending on facilities, recruiting, and salaries to the coaching staff.

According to a recent NCAA report, the Football Bowl Subdivision of the NCAA spent an average of $16.3 million in 2017. The amount didn’t include most of the indirect expenses and capital spending of the schools. The situation is similar in the other divisions of the NCAA.