This season, the top team SSG Landers has been the leader of the KBO standings. However, it will face tough opponents this week. They will face the second and third-placed teams.

According to people who bet on sports, SSG Landers was 2-4 last week. It was the first time they went below .500 for a week since the start of the season. Their bullpen will be tested when they face Doosan Bears in the midweek series. Then, they will meet the LG Twins in the weekend series.

Landers remained on top with a 25-12-1 record despite the bad performance last week. However, their lead decreased to 2.5 games. On the other hand, LG Twins went 5-1 last week to take over the second spot with a 23-15 record. Lastly, Doosan Bears went 3-2 last week. According to Korea Sports News reports, they are now tied in third place alongside Lotte Giants with 20-16. 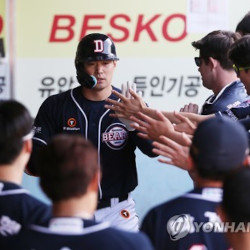 Last week, SSG Landers faced Samsung Lions and surrendered three runs in the eighth inning and another one in the last inning. Also, the Lions earned the winning run in the tenth inning.

On Sunday, NC Dinos got an upset after getting three runs in the 8th and four runs in the 9th to win 8-7 against the league leaders.

The Doosan Bears have the worst on-base plus slugging percentage with .639. Thus, the Landers’ bullpen might have an easier time during the midweek series. However, the Twins’ offense could punish them. The Twins lead the league in runs earned with 176.

Last week, LG Twins’ batting average was .344 and with an OPS of .905. According to people who bet on baseball, the Twins led the KBO in both categories for the week. Lee Jae-won batted .476 with nine RBIs and three homers during the week.

2022-05-17
Previous Post: Poker Strategies for Beginners
Next Post: US Accuses Casino Tycoon Wynn of Being a Chinese Agent